For one of the final major events of the Hamptons summer season, Avis and Bruce Richards—she is the founder of the Birds Nest Foundation, he is the CEO of Marathon Asset Management—threw an event for the United Way on Saturday called “What’s On Your Table?” at their home in Southampton, featuring a performance by Jon Bon Jovi. 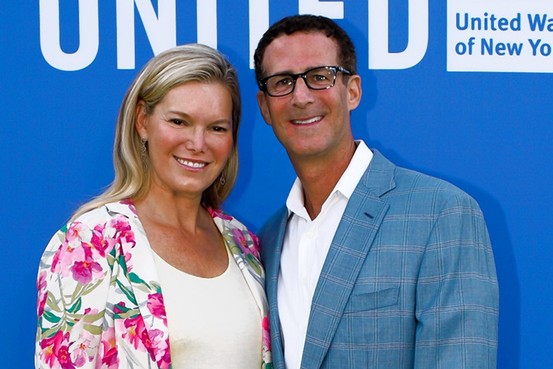 The hosts of the United Way fundraiser, ‘What’s on Your Table?’: Avis and Bruce Richards.

Ms. Richards attended the event last summer and was honored by United Way this year. So when the party came around this August, “I’ve got a big backyard, so I said, ‘Let’s do it at my house,'” said Ms. Richards. (Their house previously and famously belonged to the philanthropist Caroll Petrie and her now-deceased husband, the retail executive Milton.)

“What’s On Your Table?” supports the United Way’s effort to ensure that poor and low income New Yorkers are able to access healthy, nutritious food. “It’s a perfect tie-in for me,” said Ms. Richards, who is particularly interested in the national school lunch program. When she was researching a film Birds Nest was producing, “what I found wasn’t pretty. A lot of times I just saw white on the plate: mashed potatoes, macaroni, a sugar cookie. Our children are overfed and undernourished.”

“We need to get more nutritious food in those cafeterias,” added Ms. Richards, who is working on the “Ground Up Campaign,” which builds gardens in schools. “If you grow it, they’re more likely to eat it.”

In turn, on Saturday, Tom Colicchio brought several of his chefs to make farm-to-table dishes for the evening, and in lieu of gift bags sent guests home with fresh local produce.